Hardness testing for every application

The DuraVision G5 Series offers a uniquely wide standard load range from 0.3 kgf to 3000 kgf. The force is continuously and precisely applied by means of a large number of electronic force measuring sensors. Intelligent utilisation of the 10-megapixel camera enables a 3x zoom, enabling the entire application range to be covered with just a few lenses. The combination with 7 turret positions also saves tool changing. Automatic evaluation of the test indents by fully automated brightness control and fast autofocus in combination with the star-shaped turret shortens the cycle times as far as technically possible and minimises the operator influence. 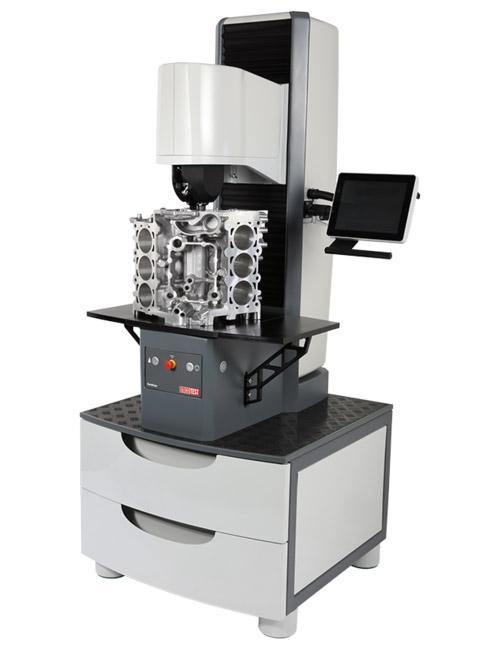 The large test area, the long reach despite the very compact overall design and the slim nose cone offer great flexibility for a very wide range of specimens. The variety of specimens that can be tested is further expanded by the possibility of testing both clamped and unclamped - You have the choice. In addition, the clamping force can be individually set. Complex specimens can be reliably clamped, while marks on soft materials can be avoided by selecting a correspondingly lower clamping force. All in all, ideal preconditions for every application in production. 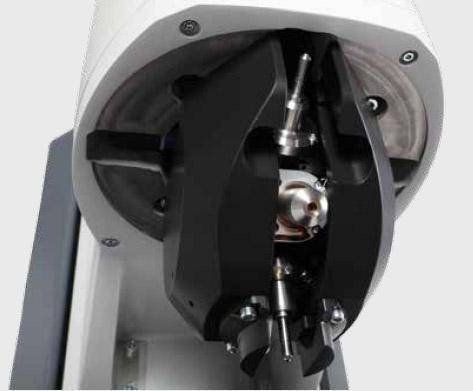 The Brinell hardness test has always represented a challenge with soft metals and difficult surfaces. Particularly with soft materials, the edges are not always perfectly recognisable due to considerable deformation (bulging) around the indentation. The new lenses with the innovative Brinell SmartLight now ensure ideal lighting and allow better recognisability of the test indentation during Brinell tests. The lenses with Brinell SmartLight are available as 2.5x and 5x lenses.

The SmartLight technology developed by EMCO- TEST combines a lens with collimated light. With this lighting, parallel light beams are directed by a mirror system onto the test indentation. The light therefore strikes the test indentation perpendicularly from above and prevents any shadowing in the area of the bulge. The contour is clearly recognisable and the indentation can be precisely evaluated. The SmartLight technology is permanently integrated into the lens and requires no further settings by the operator.

Large handwheel
Better grip for simpler clamping of the specimen