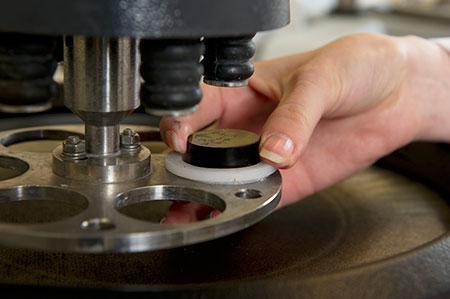 Metallographic Examination tells us a great deal about the identity, composition and thermomechanical history of a metal or alloy. An experienced Metallographer will be able to glean information on all these aspects from observation of the Microstructures at suitable magnification and using appropriate etching reagents.

In examining a Microstructure, it will be found convenient to classify the observations in terms of colour, grain size and shape, second phase shape, size and distribution (including porosity), and segregation effects.

Colour - In the unetched state, this is a useful indicator for copper-base alloys. Pure copper is pinky red and undergoes a gradiation in hue towards yellow as the zinc content of brasses increases to 40%. Phosphor bronzes display an opalescence or iridescence when etched. 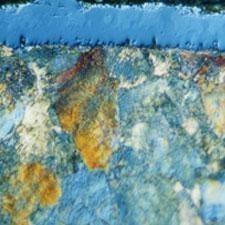 Grain Shape - Elonged columnar grains growing in from the side of the mould are indicative of a slowly cooled cast structure. Sometimes a layer of tiny chill crystals is seen at the surface. Grains with regular and uniform shape are termed polyhedral or equiaxed, and grain size may be referred to as coarse (>1mm and visible to the naked eye) or fine (10 m - 1mm). Grain size gives an indication of the cooling rate of a cast metal, or annealing temperature for a cold-worked and recrystalised metal. Some fcc metals such as a-brass exhibit annealing twins. These are bands of material across the grain in which the two parts are oriented symmetrically about an axis as mirror images of one another. In deformed metals, grains are elongated in the direction of working, and may exhibit strain bands on etching as direct evidence of deformation.

Segregation - Differential etching in the primary grains indicates coring or inhomogeneity of solute. Cast alloys with a wide melting range show coring, which often reveals a dendritic or fir-tree structure of the initially solidifying phase. The dendritic skeleton has branches or arms within which there may be interdendritic porosity or sponginess. Spherical coring may be present in some alloys.

Second Phase - Usually appears as a duplex structure in which there is a intimate mixture of primary or secondary phases formed by a eutectic reaction, eutectoid reaction, separation from a saturated solid solution on continuous cooling, or by an isothermal ageing treatment. Eutectic structures exhibit a variety of morphologies including lamellar (or plate like), acicular (needle like) and rod -like. In some systems the eutectic or eutectoid structure is given a special name, such as pearlite in steels (which appears in colonies), and chinese script eutectic in Al-Si alloys. When growth of the primary phase is interrupted by a superseding eutectic or peritectic reaction, the growth morphology or the primary phase is exposed and preserved in the Microstructure. The appearance may range from a dendritic structure (either facetted or non-facetted), as in the phosphor bronzes in which globular forms are observed, to perfect cuboids as in the lead-antimony bearing alloys. Precipitation from the primary phase is often in the form of platelets long crystallographic directions, which in α-ß brasses particularly is referred to as a Widmanstatten structure.

Inclusions - This term is generally reserved for a dispersed second phase which is not formed by a precipition reaction. They are not taken into solution by hot working and align in stringers parallel to the working direction (eg. manganese sulphides in steels or CuO in tough pitch copper), in extreme cases giving rise to laminations, as do slag inclusions in wrought iron.

Porosity - Voids may appear in a cast Microstructure. There may be a central cavity due to a primary or secondary pipe. Gas more often occurs as blow holes, pin holes or cavities (synonymous terms) which close up on working.

Special Terms - These relate to graphite morphology in cast irons: flake, vermicular (worm-like) or nodular (spherical). Second phase material may also be described as fibrous (a in α-ß brass) or rosette (Fe-rich phase in manganese bronze). 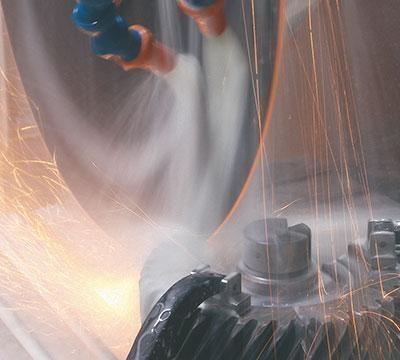 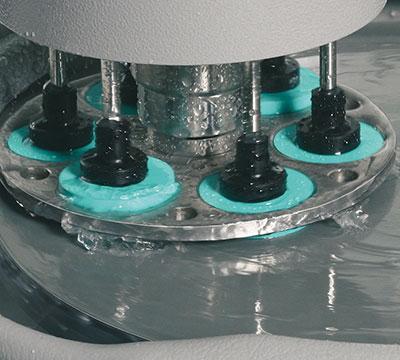 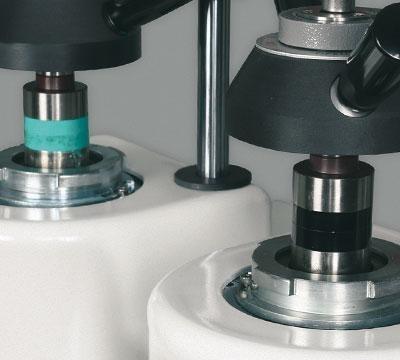 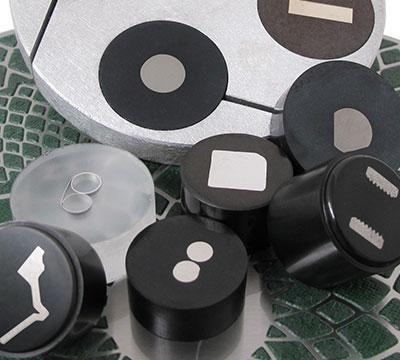